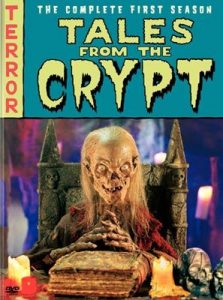 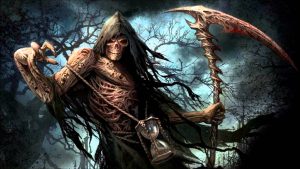 If you are an addict who has felt the obsession compulsion and what it feels like to do what you do not want to do then you know the spiritual aspect of addiction.  That my friend is the part that is cunning and baffling to most.

Why is it some people get paranoid on really good weed and other’s do not?  There is likely more than one reason but I have some spiritual answers to the question.

Why in the hell do some get paranoid after using Cocaine?  Let me tell you a horrifying story of my encounter with the dark spiritual being of fear.

My Encounter with the spirit of fear

I was about 26 years old I was a child who prayed all my life.  I fell into drug addiction at age 12.  By the time of was 27 years of age I had already died once and was a self destructive mess.  Pretty girls get free drugs.  Some think that’s a good thing, others know its a snare to the soul.  During this story another man ended up wanting me dead.   Apparently his own paranoia of me overtook him to the point of murder.

I was at a man’s house named Fred whom I met at the strip bar.  This story is hard to tell.  So I need to tell it to get it out.  We got drunk, we passed out.  I was sleeping on the floor.  I had a long history of intravenous Cocaine use and it was not pretty.

I had a dream that morning or night.  In the dream I did a big shot in the vein of Cocaine and I swear to you in that dream I felt the shot full force as if I did it in real life. Never ever have I felt such an evil dream.  Had I not had the dream perhaps I could have resisted what was next on the dark lord’s manifest (plan).

Somebody wanted me dead.  There is no doubt of this in my own mind.  Hindsight, my own history exhibits that I was absolutely a targeted individual.  Targeted by the dark lord, stealer of souls.

The Dream Woke me Up

I woke up and walked straight into the kitchen.  There was a man sitting there calmly shooting himself up with Cocaine.  His name “Badman”.  Somehow I felt that man’s shot in my dream.  Somehow I was shown by darkness and tempted by same.

This man invited me on a journey to hell.  We snorted Cocaine all along the way to his country house where he nearly killed me by gun shot.  He called some man, I believe, to kill me because he feared the police I think.  He thought he showed me too much.  It was if I knew, I knew what was happening and I was numb.  Just numb to the fact that the man he called (likely either a killer for hire or a cleaner) literally talked the Badman out of his plan.

The guest took my hair and held it and said to the Badman “why pray tell would you want to hurt this beautiful creature?”  I had no fear of death, it was very very strange and not the first time I felt that.

This is not the first time I was on the hit list of some paranoid drug dealer.  How do I know?  I had a strong feeling to leave Florida and I did.  Years later I found out from a close friend from back in the day that I was on a hit list because of going to jail.

The rich bastards had too much invested.  They served money and I often ended up knowing too much!

There was always an angel who came and stopped the hand of the wicked. Perhaps the dark lord knew who I would become and what I would do spiritually later on in life.  I was on a list.  Therefore if I opened a spiritual door by my actions of sin, such as drug use or sex, or some other sin…in came the dark spirits.   Do not open doors friend if your on a list.  Why do other people not get attacked by spirits?  They are already in the dark lords control, or they have no spiritual value to the light.

The Spirit of Fear Encounter

Once I was at Fred’s house again doing Cocaine.  Someone knocked at the door and fear, an intense fear unlike any I have ever felt prompted me to go hide in the shower.  I was so scared it was like someone was trying to murder me with a butchers knife.  That is how scared I was. Paralyzing fear.

I had opened a door and now I would pay for it.  That fear spirt didn’t leave me.  I started having paralyzing panic attacks after that.  I was now prone to anxiety attacks and panics attacks both.   I was now a victim of a fear spirit that literally made me run and hide throughout life.  I suffered with it for probably a few years until I was delivered of it in 1989.

Deliverance from The Spirit of Fear

Yes there are tools to use for panic attacks in the 12 steps and by meetings.  But without the spiritual deliverance the panic attacks likely won’t stop.  If your victim to panic attacks go to a church that has alter calls.  Receive the laying on of hands and prayer for deliverance.  It is how I was delivered from panic attacks by the spirit of fear.   4-5 people prayed over me.  They were powerful men and women of God.  They all had The Holy Spirit in them.  They all had various gifts of The Spirit.  For deliverance you must follow your heart and pray.  It took years of suffering before finally the setting was just right for my deliverance.

But not only deliverance.  I also received something that night.  For the very darkness that was to take my life or kill me, drove me into the light head on.  The demon of fear drove me to God.   As they prayed for me I began to sweat.  I heard them praying in unfamiliar languages.  I felt something begin to fill me.   God sent the spirit of my own favorite passed-on Grandmother to let me know the Spirit was good.   I stayed in spite of my fear. In spite of the fact I felt so unworthy.  I felt so dirty.  I felt so so lesser than.  I was sure the whole world was better than me.

Sister Petty was the woman who invited me to this little evening service where I would receive the baptism of The Holy Spirit.  Me, a sinner so so lost, God chose me because He looks upon the heart.  He saw Faith in me, a precious pearl of Faith that would not be forsaken.

Sister Petty a missionary, a woman of God taught me alot.  I was drawn in 1989 to a little Baptist church in the meadow.  Over and over it called me till I went to the Sunday service.  There Sister Petty had greeted me as I left, “God has something for you” she said.  “Come to the evening service He has something for you.”  The best day of my life, that night was the best day of my life.  How right she was.   She knew.  Somehow she knew I was to receive gifts and be delivered from the panic attacks and the spirit of fear.  Everything would change after that.  Never again would I fall into the dark places I had been.  Never.

That night they prayed with hands on my body.  There is something about transference from Christian to Christian.  The rewriters of the bibles are removing the powerful scriptures.  Soon few will remember what is most important.

They prayed, I felt my Grandma.  I felt oceans of Love fill my heart, mind, soul, and Spirit.  I felt God.

For one year I had Joy unspeakable.  Then my walk as the Prodigal Son began.  Old behaviors die hard.  Especially addiction patterns.  But God doesn’nt make junk, nor does He turn on those who are His own.  God delivered me out of the fowler’s tent.  He delivered me out of the pit of the dark seekers.  He lifted me up from the lies of the beast and showed me great Truth.  He showed me that His Love is greater than any sin of darkness.  He showed me that His Grace is True.  He brought me years and years of Peace.  Peace & Love are His footprint, trademark, ensample.

Religion likes to pick and choose what’s evil.  The elite, especially, by media TV like to show the most powerful gifts of God as being evil.  But EVIL IS AS EVIL DOES.  Remember that.  Otherwise deception may be allowed.  They trash the gift of tongues making one of God’s most powerful gifts of intercessory prayer that crushes demons, they portray as a circus act of fools who know not God.

“Having a form of godliness but denying the power thereof.”

No one can tell me that the bible is the authority.  Bible worshippers will have their day in purgatory if they are not careful.  The books are now full of a few Great Truths with mountains of lies.  That is how they hook you into religion.  God must be met one on One.  There is no other way to meet God except we go to Him naked and in Truth.  We must show and give Him our whole heart.  Otherwise how will He fix us?

We must crack the walls that are keeping God out.  We must crush the fear by confessing with courage to Him the things that are separating us from Him.  That means shame, fear, anger, hurt, distrust, doubt, all of it.

God forbid if every man must be as desperate as I was for deliverance then let the great tribulation come forth to provide the gift of desperation.  For the soul is of far more value than any flesh.  And pray that when the darkness comes ye seek God with your whole heart in Truth.  Work the 12 steps, find your patterns of denial and knee jerk self deception.  Once you know who you are, then you are equipped to go before God in Truth.  Pray without ceasing.  In all things give thanks.  Praise Jesus by name aloud three times for protection from evil.

Seek out the Baptism of The Holy Spirit.  Pentecostal, some non denominational, some Baptist, type churches know the secret of prayer by the laying on of hands.  The Baptist church I went to to receive The Holy Spirit gifts of tongues could not openly practiced, with the laying on of hands at Sunday morning service because…the preacher would of likely lost his parishioners.   These most powerful in the church met by the night of the moon.  Thank God for them.

Those who have suffered addiction may likely be victims of the dark lord due to some great call from the light.  The Spirit of Life calls will you answer?

Many are called but few are chosen.

Why are few chosen?

Perhaps because those chosen to wear the armor of God are those who are tempered, taught, become the clay in His hands, they are those who chose God in great suffering.  The chosen are put through the baptism of fire.  What is their feat?  They have addressed their anger at God and worked through it unto great understanding of why, why, death, suffering, violence, and evil are.

All things work together (succinct, in tandem) for the good for those who Love Jesus.  Who Love God.