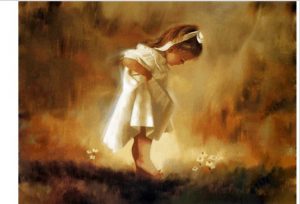 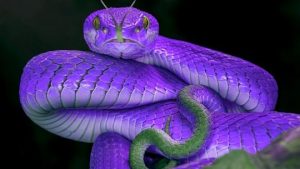 It’s simple to explain why some people immediately get dependent upon opiates or opioids when trying them.  Yes, it’s easy for me to finally realize that the normies have something I never did.  At least they have something naturally that I had to work for and plead with God to have.   A fearless feeling of well being.

The normies apparently have an indwelt sense of well being.  They do not suffer from nagging incessant fear.  Therefore when a normie does his first drug he gets high alright but he doesn’t get what we addicts get.  RELIEF.

HE TRUTH SHALL SET YOU FREE INDEED

The normie doesn’t feel the great soothing sense of relief.  A relief that comes from the sudden removal of a lifelong suffering of haunting fear and pain.  The feeling that one is always on the edge of a cliff teetering on death’s door.  And the feeling that one is lesser, uglier, stupider, than everyone else in the entire world.  Addicts often feel (due to programming) that since they feel fear they are chicken shit and inferior.  And their greatest fear is that people will find out who and what they really are.  They hide behind the mask they themselves created.  They hide who they really are because their heart is broken.   Addicts find out at an early age that they are just wrong and bad.   So they put on a mask and forget who they really are.  They cover themselves up with a picture perfect act from a program on TV.  And the kicker?  Most addicts have no clue that they have done this to themselves.   That they gave up their identity just to fit in somehow.

Hell yes they get addicted!  Their heart is broken and the addict just found his solution.  Problem is #1 It’s expensive as hell.  #2 It stops working #3 It stunts our emotional growth.

The Opiate takes all that self loathing and fear of people and washes it down the drain of forgetfulness.

Who Is My God?

I won’t blame God for one reason, I have already rode that pony and put God Himself on my fourth step.  My Higher Power is the only reason I have a brain left in my head and a body that still functions up to par.  He is my Hope for eternal peace.  He is my Hope for life everlasting without fear & tears. Therefore I am done blaming Him for anything-today anyway.

Don’t Judge Their Outsides by Your Insides

Normies are also actors.  “All the worlds’ a stage”.  Normies are parrots due to the same mass programming the addict takes in from birth.  TV, Media, Inherent Parenting, Music, Our Peers, and worst of all…”kool”.   The invention of the “kool” can make a man destroy his own lungs by James Dean program.  The “kool” program is a heartless ruse of self destruction.

Make no mistake addicts are created.  The elites hand us the masks to choose from.  And if you grew up in the 70s consider the music you listened to.  And consider the “Kool Mask Programming”.

These things program us ALL far more intently than most realize..  But the addict has an edge if he can attain sobriety he can grow spiritually and intellectually leaps and bounds past his counterparts.

Once the addict learns that he can change he is blessed with a power that normies can only dream of.    An addict can deprogram from all the mask programs IF he works hard to do so and employs Truth & God at any cost.

TRUTH IS VITAL TO RECOVERY

The addict must take off the mask if he is to recover.  We must not exchange one program for another by putting on the mask of AA..  But rather we should become who we really are by using the 12 steps that way they were intended.

We must find the child whom we buried and covered with dirt years ago.   And then we must set her free to speak & act individually by Truth.   We must let our hearts out of the box that fear built.

We Learn-FEAR IS PART OF THE HUMAN CONDITION.

Instead of burying fear we embrace it as being part of human nature.  We express our fear, we own it.  We scream we cry we write we sing we moan groan and learn to allow pain & fear to flow through and out of us.  Rather than hiding it, keeping it secret and giving it power.

If you don’t think you are shamed for your human condition remind yourself of a few of our early trauma by habitual fear labels.  Chicken shit and so on.  Realize the invalidation mom or dad gave when you expressed your fears.  “There’s no reason to be afraid” …oh really?  Then what?  We are just delusional children?  Parents don’t know any better.  They should have validated us and then brought words of comfort. Instead they tried comfort by invalidation, a doubled edged spike…”your delusional and your feelings are wrong.”  Add this kind of programming by the reproach of your childhood and you may figure out why you picked up the mask.

Or perhaps you just can’t go there.  “A mask? Hell no I am not programmed, I did not pick up a mask!”  They scream aloud.  Well-then the mask is now your comfort zone.

We bury shame by exposing it to TRUTH.  Without truth there can be no deprogramming.  When we are afraid we express it by courage.  We must accept our feelings as true & okay.

No fear No courage.  Know fear know courage.  Without fear there can be no courage.

THERE IS NO WRONG FEELING ONLY WRONG ACTIONS.  For if we condemn & bury our feelings we condemn ourselves.  And we do not have that right.

Know this- EVERY feeling comes from a place of truth.  The heart.  There is a good reason for our fears.  At times if your NOT AFRAID something is very wrong.  It’s the shame that the programming attached to fear that kills.  Why?  Holding in and hiding fear is like packing poison into the body.  Express it truthfully and it dissipates.

Out of the Problem Into the Solution

What most of us need to do is add fear & shame to our fourth and fifth steps.  Express fear at meetings and ignore those who are incapable of admitting fear.  Because they will take jabs at those who employ Truth.  Be sure to pick a sponsor who puts Truth as a priority and will be empathic by relating to your fifth step.

Granted in the beginning parroting AA is the best an addict can do to stay sober.  But people who do not speak by their own words and do not harness their own opinions are still deeply etched in the fear of people.  Copy cats.

Many people in AA are incapable of admitting any fear due to the programming of “fear is bad & wrong”.  Those addicts are the ones who really do need meetings for the rest of their lives.  The best they can do is to become an AA parrot.  Their fourth step is not based in Truth but rather its based in what they perceive as being acceptable to their peers.  Those who do a real fourth step expose fear & shame to the light and it loses power over them.

Now that I realize the genetic tampering that is going on among the elite what I propose is highly likely.  Or maybe it’s God Himself who I should blame for my chronic fear of people and feelings of impending doom that haunted me throughout my young life.